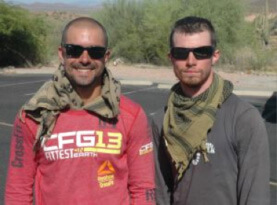 Adam Shatarsky and Christopher Senopole join in arms once again, except this isn’t your normal battlefield. Each step upon the pavement is for the broken, the lost, the stranded and the wounded. Their enemies aren’t the tyrannical, corrupt governments and mercenaries that plague our globe, it’s the stress and trauma our soldiers must face in order to protect our liberties and the liberties of others.

Step by step, two men travel across the country. As these two men brave the summer elements to hike from Camp Pendleton to Washington D.C., thousands of people all across America are following their plight and reaching out to deliver food, supplies and support to these men who call out for help to those fallen soldiers in need. 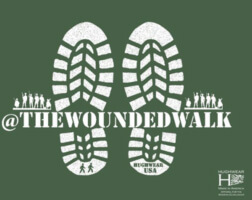 Near the beginning of their journey, they passed SensoryCo’s sister city of Palm Springs, California during one of our most brutal times of the year. Experience in places like Japan, Thailand, Malaysia, Cambodia and the Philippines has prepared these young men for this cross country trek, but there are few that can brave the Mojave desert without previous desert acclimation training. However, in a string of comments from multiple interviews, these gentlemen hardly seemed to notice what drives thousands of people out of the Coachella Valley every summer – the extreme heat. Their learned endurance, military training and experiences have readied them for the summer of struggle today.

Shatasky and Senopole walk to raise awareness for their distressed brother and sisters in arms but they’re also raising donations that will be given to the Wounded Warrior Project at the end of their trek, which is scheduled to come to a halt around mid October of this year. The Wounded Warrior Project began with two brothers, galvanized by the stories of the first round of wounded soldiers returning from Afghanistan and Iraq, who decided to introduce a mission of comfort which has now morphed into an entire rehabilitation program. With medical technology and knowledge advancing, more soldiers come home, yet are in need of some adjustment/transition time to acclimate into their new roles in society. Now with multiple out-reach programs that focus on a holistic approach to helping those who come home with conditions such as post traumatic stress disorder (P.T.S.D), debilitating injuries, or just struggle to define a new normal, Adam and Chris were inspired by their own experiences of fallen brothers and sisters. 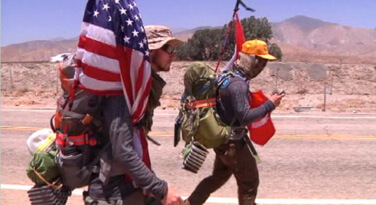 The mission was an easy decision. Adam called Chris a couple of months ago and said, “Alright, it’s now or never.” There didn’t seem to be any argument about whether it was a worthy cause or sacrifice.

Now, as their melting shoes mark their footprints and their intentions, these two flag-clad, backpack wearing former Marines make their mark on this world. And we pay tribute to their strife, to their mission and to the principles that carry them to their final destination.