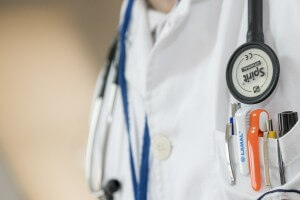 Did you know that people with different diseases and infections have distinct and noticeable smells? Historically, in the days of house calls, doctors would sniff their patients to help with diagnoses. Recent research confirms that humans have the ability to detect diseases by smell. The implications and possibilities are fascinating. At SensoryCo, we are dedicated to being on the forefront of preparedness training using aromas and malodors and have worked extensively with first responders, military and more. The realm of “smell training” and sensory effects in medical training is one we are actively following and researching with our clients.

The Smell of Sick

Body chemistry changes when people are sick or are processing various nutrients or chemicals. Most people are aware that the smell of urine can be affected by what you ate (asparagus!) and people often have a distinct smell after drinking heavily. So, it’s not too much of a stretch to accept that people with disease have distinct smells as well.

Studies have found that people with the yellow fever virus can smell like a butcher’s shop, while scrofula (a type of tuberculosis infection) smells like stale beer. Some say liver problems cause an almond odor, and the genetic disease trimethylaminuria makes people smell like rotten fish. Additionally, wounds that are infected with gangrene or maggots often have a distinct smell recognizable even before seeing the lesion.

So what are the implications of being able to smell sickness and disease? Some people believe that a return to medical training that includes the “smell of sick” will help doctors and medical professionals with early detection of some diseases. In some cases, the only symptom of a malady is the pungent smell (including trimethylaminuria). SensoryCo has developed an array of non-toxic odors for sensory training including the smells blood trauma, burning flesh, ammonia, meth lab and many, many more. So what is the “smell of sick?” At SensoryCo, we’re working on it…